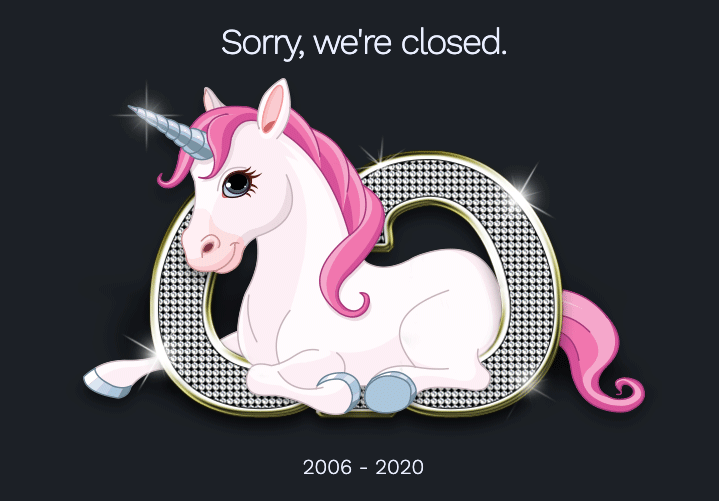 In a note “to former GG models” publicly posted on the GodsGirls site, the founder Annaliese thanked the photographers, developers, and devoted subscribers and fans. In her goodbye, she says, “I am a better person today because of the seeds that you all planted in me over the years.”

Annaliese also addressed some criticisms and regrets, saying, “my own enthusiasm for my work made me behave in uncomfortable ways sometimes. I am so sorry.”

The owners of GodsGirls have decided to release all content they purchased back to the models. “You all are my peers, my friends, a community that meant the world to me,” Annaliese said, “Your content is liberated, the business is dissolved and I hope that this will be either a chance to close a chapter or a chance for you to be in 100% control of your image.”

Annaliese explains her rationale for urging the owners of GodsGirls to make this decision, saying, “I no longer agree with capitalism. I don’t feel that there is anything righteous or ethical about a company having absolute power to keep intimate photos of people from historically marginalized genders up when those people no longer want them up. Let’s burn this whole thing down and let the people who still want their images out be fully 100% in charge of that and let those who no longer want their images up have that power back.”

She concludes, “I have no interest in protecting someone’s ability to generate revenue at the expense of the feelings of comfort of people that I cared about and still care about.”

The letter also shared information for models about how to claim their work, as well as how to possess DMCA to take-downs for any of their pirated content.

Do you have an idea for story? Pitch it here.

Contribute to our writing grant program for sex working writers.